The Rosenberg Early Childhood Center is one of three preschools in San Francisco operated by the Jewish Community Center. This charming, cottage-like facility features four classrooms, an art studio, a garden, and two outdoor play areas. Children ages two to five can attend this full-day program. For more information, visit the Rosenberg Early Childhood Center website. Read on for a glimpse into what to expect from your child's time at the center.

April is the Director of Rosenberg Early Childhood Center

April is the Director of the Rosenberg Early Childhood Center, which is situated in Inner Richmond, just a few blocks away from JCCSF. Her background includes working for a private preschool group where she opened three thriving individual sites and developed a parent and me program. April hails from Grosse Pointe, Michigan, but lives in Culver City. She enjoys cooking, gardening, and visiting new restaurants, as well as spending time with her family.

Previously, she served as the Assistant Executive Director at the Jewish Community Centers of Greater Los Angeles, where she developed curriculum and hired administrators to oversee seven JCC early childhood programs. In addition to her leadership role, she also worked in a preschool as an assistant director, as well as facilitating parenting classes. The Director of Rosenberg Early Childhood Center - JCCSF is a qualified educator with more than 15 years of experience in the field.

The new Frajda Early Childhood Center is designed to serve up to 22 children on a single floor. Designed in consultation with leading Jewish early childhood educators, the new Frajda facility will have three dedicated teachers to care for young children. The facility also includes a kitchen, bathroom, and an entryway with cubbies. The new space took three years to complete and has been designed for maximum efficiency.

Rachel Heath is a Bachelor of Science in Psychology. She has worked for nonprofit organizations and the community, and she is a mother of a young daughter, Deja. In her free time, she spends time with her daughter. In addition, she enjoys crafting, hiking, and watching sunsets. Originally from Los Angeles, she has been in the school setting for nine years.

Stefanie is the Assistant Director at the Erika J. Glazer Early Childhood Center

Stefanie has been working at the Erika J. Glazer Early Childhood Center since 2015. Previously, she was the Assistant Director of the Mann Family Early Childhood Center. She has spent the past five years on the teaching staff of the Wilshire Boulevard Temple. She holds a Bachelor of Science in Psychology from the University of Southern California and a Master's in Media and Communication Psychology from Touro University. In her free time, she enjoys taking long walks with her daughter, hiking, and watching sunsets.

In addition to her educational background, Stefanie's interests include traveling, computers, and reading. She and her husband live in Century City. They have two children, Hannah and Levi. Stefanie has a background in technology and has worked in web design and video editing. She is currently working on her Master's in Early Childhood Education at the American Jewish University. Outside of her work, she enjoys spending time with her family and playing softball with her husband Ward.

The first step in becoming the Assistant Director of an early childhood center is choosing the right educational program for your child. A quality center is important in terms of both the staff and the children. Stefanie is a professional with many years of experience and a passion for early childhood development. Whether you're looking for a preschool or a daycare, the Erika J. Glazer Early Childhood Center will have a place for you.

Having worked at the Erika J. Glazer Early Childhood Center for over 15 years, Floryn Rosenberg has a wide range of experience in early childhood education. She has a Bachelor of Arts degree in Sociology from UCLA and is a certified paralegal. Outside of work, Floryn enjoys hiking, cooking, and spending time with her children, Levi and Emily.

Prior to joining the Erika J. Glazer Early Childhood Center, Floryn Rosenberg served as the assistant director at Mann Family Early Childhood Center. She has worked as a teacher and curriculum coordinator for more than five years. Before coming to Wilshire Boulevard Temple, she attended University of Arizona, where she earned her Bachelor of Arts degree in Psychology. Her degree also included minors in Child Development and Family Studies. In her free time, Floryn enjoys traveling, hiking, and watching the sunsets with her family.

April Schafer is the Site Director at the University Campus

April Schafer has been the site director of the University Campus of Rosenberg Early Childhood Center since 2014. She will celebrate 15 years of being a director of early childhood education this coming school year. Schafer holds a Master's Degree in Elementary Education from DePaul University in Chicago and a Bachelor's Degree in Human Ecology from Michigan State University. She serves as Vice President of the Board of the Early Childhood Educators of Reform Judaism and is a member of the Early Childhood Directors' Network of Builders of Jewish Education.

Taylor Wolf is a native of the Wilshire neighborhood and has lived on the Wilshire campus for two years. She started at the Mann Family Early Childhood Center in 2020 and moved to the University campus in 2021. She earned a Bachelors Degree in Psychology and Early Childhood Education from Tulane University and a minor in Jewish Studies. She is currently pursuing a Masters of Early Childhood Education from American Jewish University. In her spare time, she enjoys cooking and hiking. She also loves spending time with her family, especially her dog, Levi.

In addition to her job at the University Campus of Rosenberg Early Childhood Program, Schafer serves on the board of directors for KEEN USA, a sports program for children with disabilities. She is a member of the National Library Initiative for JCCSF, a professional development organization for early childhood educators. She is a passionate advocate of the organization and the young children she serves.

Founded in 1998, the Conejo Valley JCC for Early Child Development offers classes for children 6 weeks to pre-kindergarten. Their programs encourage physical, social, and intellectual development. Their four-star rated program creates an environment of safety, flexibility, and affordability for families. Located in Mission Viejo, the Conejo Valley JCC for Early Childhood and Family Education is the community center of choice for families in the area.

The Conejo Valley JCC for Early Childhood & Family Education was founded by April Rosenberg, who had extensive experience working with young children. Previously, Rosenberg served as the Assistant Executive Director for Jewish Community Centers of Greater Los Angeles and oversaw early childhood programs at seven JCCs in the area. She later served as an assistant director of the Valley Beth Shalom preschool and was also involved in parenting classes.

In addition to her work experience, Rosenberg also holds a Bachelor of Science in Psychology and has worked in special education and early childhood for over nine years. In her free time, Rosenberg enjoys hiking, exploring nature, and crafting with her daughter Deja. She also enjoys spending time with her family and husband Daniel. She is a proud mother of two children and loves exploring new places and trying new foods. 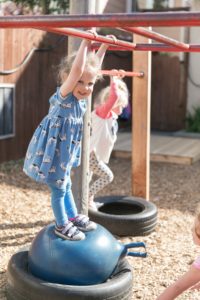 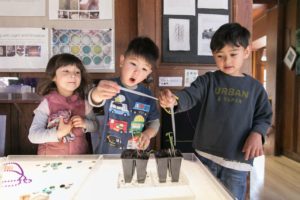 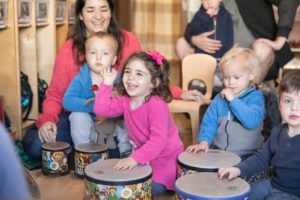 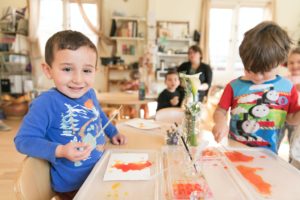 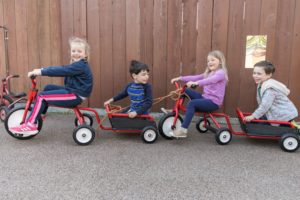 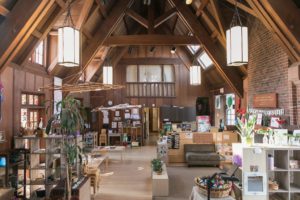