Inspire Kids Montessori Ahwatukei opened ten years ago. It began with just four students and a half-day program. But the school quickly expanded to 120 students and full-day programs. After outgrowing its location on Chandler Boulevard, the school made major improvements to its current facility. The new building features bright classrooms and enhanced security systems. Outdoor space is also devoted to nature-themed playgrounds for different age groups.

After having her oldest child, Diana Darmawaskita put her career on hold and focused on her family. Even though she had an impressive civil engineering career, she left her job at a semiconductor manufacturing company to start her own school, Inspire Kids Montessori, in Ahwatukee Foothills. She has a true love for the Montessori method and underwent formal Montessori training to help her work with children.

Inspire Kids Montessori Ahwatukeen opened its doors ten years ago with four children and half-day programs. Her enrollment quickly grew to 120 and the school expanded to full-day programs. Diana Darmawaskita and her staff are devoted to their mission of nurturing children with a love of learning. They are also committed to keeping the school safe and secure.

The school's curriculum is designed for children from six weeks old to 6 years old, but most students start around four or five months. Diana Darmawaskita, director of Inspire Kids Montessori Ahwatukee, said that she incorporates parents in all aspects of the school's programming. For example, her students prepare a winter performance and a Halloween parade in a Trader Joe's strip mall.

Inspire Kids Montessori offers a three-year cycle of child development to young children. Children in the Primary room develop independence, language, and gross and fine motor skills while promoting the development of Practical Life Skills. Children are encouraged to engage in fun and rewarding activities, including music. All programs at IKM are designed to support the growth and development of your child. The preschool program also promotes socialization and positive development.

Julie Buckley has been married for 38 years and is a mother of four boys. She is also a licensed Montessori teacher. She has 18 years of experience teaching in Mesa Public Schools, including a Title 1 reading lab. She has certification in Dibels Next State Testing, Phonemic Awareness, Group Comprehension and Fluency Strategies, and Diagnostic Intervention for Struggling Readers. Julie Buckley enjoys working with children through music and movement, as well as reading and math. She also makes the learning process fun and hands-on for young students by incorporating fun activities.

Inspire Kids Montessori Ahwatuke is accredited by the National Early Childhood Program Accreditation. It educates children from six weeks to six years of age, though most students begin around four or five months of age. Darmawaskita's preschool first opened during the recession, when many schools in her neighborhood had closed their doors. She had four students and started marketing the program with old-fashioned methods. Today, Inspire has 118 students.

Inspire Kids Montessori Ahwatukeen opened its doors in 2010 with four children and half-day programs. As demand for the school grew, the school quickly expanded to a larger campus on Chandler Boulevard. During this time, the school modified its existing building to create bright classrooms, upgraded security systems and built nature-themed play areas for different age groups. Its campus is over 15,000 square feet, with a pool and playgrounds for children of all ages.

Diana Darmawaskita, the school's founder, is an experienced educator with a Bachelor's degree in Civil Engineering and a Master's degree in Operations Management. After her oldest child was born, she prioritized her life, leaving her corporate job to become a Montessori teacher. She believes strongly in the Montessori philosophy and underwent formal training. This accreditation shows the quality of education that the school offers.

The cost of Inspire Kids Montessori Ahwatukuee varies depending on the age of the children enrolled. The preschool educates children from six weeks to six years of age, though most students begin at about four or five months of age. The school's founder, Darmawaskita, opened her preschool in response to the recession, when many schools in her community closed. While she started with just four students, Darmawaskita resorted to old-fashioned marketing to get more students. Today, she has more than 118 students enrolled.

Inspire's parents have found the program to be very supportive of their child's learning style and love for learning. While Michael's teachers have helped him adjust to being a big brother, the teachers also taught him how to take care of his younger sibling. Michael is gentle with Jude, his younger brother, and is demonstrating good communication skills at a time when many of his peers are still potty-training. 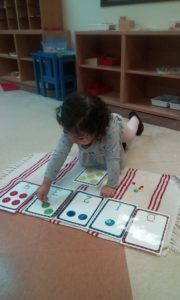 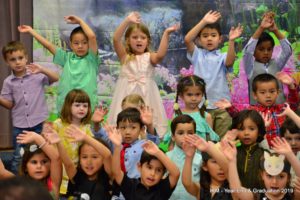 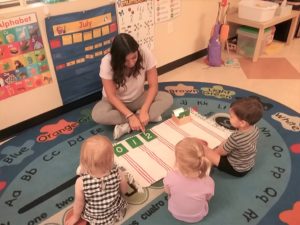 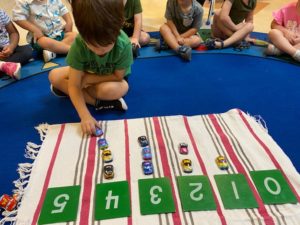 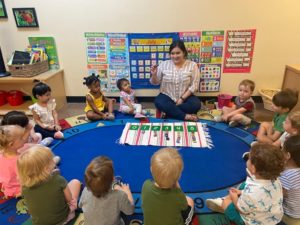